Brother Knight Eric, his wife Anya and Brother Knight Richard Marhue deserve special kudos for putting on a really successful and memorable annual social attended by as many as 60 (or more?) Knights, their families, friends and parishioners. Earlier, at mass, Brother Eric spoke briefly at the pulpit and invited the congregation to participate in the annual social.

Also gracing the event were Fathers Savel, Johnston and Matthew who blessed the event and made the attendees welcome. There were many contributions to the buffet table.

Grand Knight Norman Monteiro recognized all the Knights present, including several from other councils, proposed a vote of thanks to Anya, Eric and Richard and spoke in brief about the Knights of Columbus in general and Council 1429 in particular. He also provided a very quick summary of the main events held by Council 1429 this year. Brother Richard informed the audience about Council’s upcoming Valentine’s Day Dinner and Dance event for which he is the lead organizer. 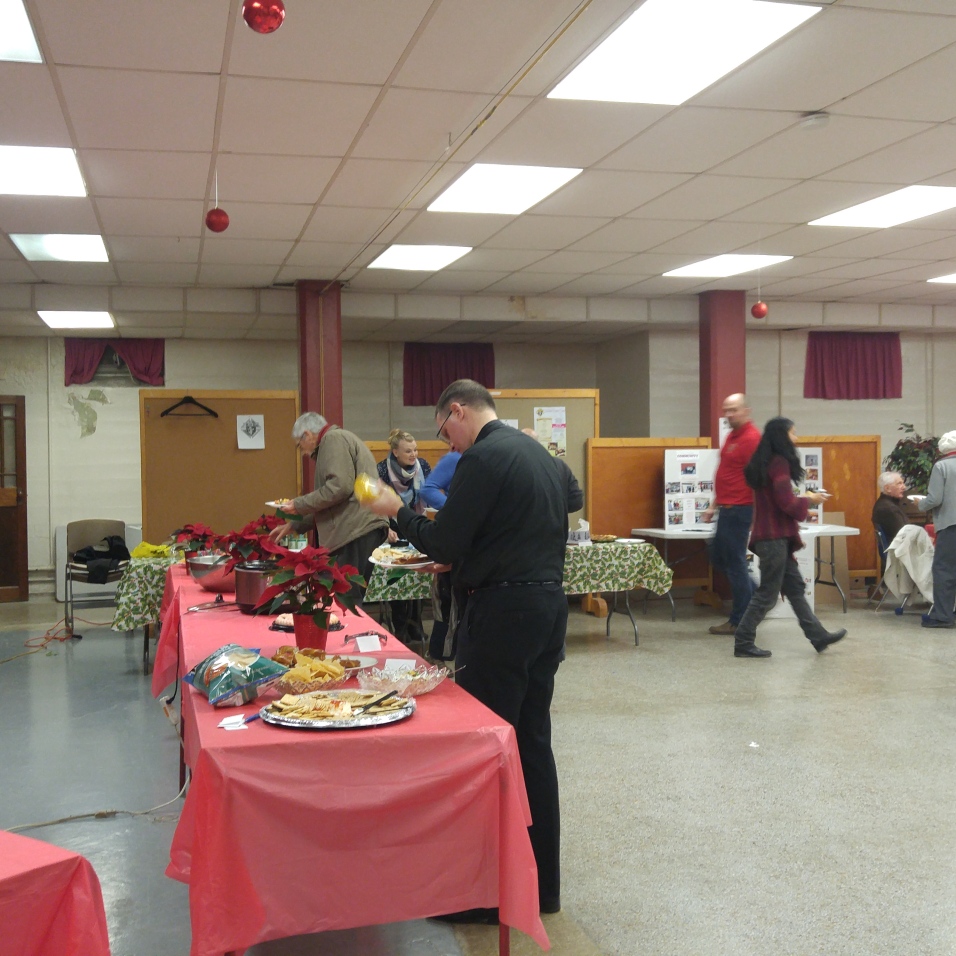 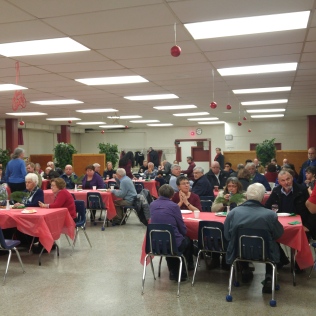 A very good turnout at the Annual Social and Open House. Brother Richard at the microphone.